I lost my job in 2012 due to health issues that came on suddenly in 2010 and steadily worsened. I was finally diagnosed with secondary-progressive multiple sclerosis in 2013 and also declared legally blind as well. I've been struggling to survive ever since. (Financially, anyway.)

I started making bracelets when I was 9 but I didn't really get into it again until summer 2011 when I was in the hospital and saw another patient passing the time by making one. When I got home I started browsing the internet for tutorials and patterns to refresh my memory. But I've had a REALLY rough go of things these past few years and I pretty much just stopped doing anything and everything that I had ever enjoyed. I'm trying to work on that now though so I'm officially knotting again after a 4 year hiatus and I'm really excited about it!
2 Patterns 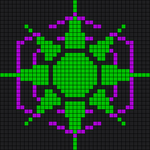 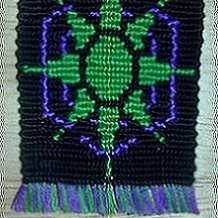