cheezette
Skiller
Gender: Female Age: 21 Country: USA Joined: 6 years, 11 months ago
My Name is sort of like "gazette"(like the newspaper) but it has Cheese in the name. I've known how to make Friendship Bracelets(FBs) since 2009, but it didn't become an huge obsession until I was a freshman in high-school.
Besides making FBs, I love:
~to read!! my favorite books are the:
~~~Percy Jackson series
~~~the secrets of the immortal Nicholas Flamel series
~~~Harry Potter series
~~~the Last Apprentice series (otherwise known as the Spook series or the Wardstone chronicles)
~~~the Mortal Instruments series
~~~the Artemis Fowl Series
~~~the Pendragon series
~~~the Bleach series(manga)
~~~the Daughter of Smoke & Bone trilogy

~I frequently watch TV (favorite shows are):
~~~Mythbusters
~~~So You Think You Can Dance
~~~Duck Dynasty
~~~the X-Files
~~~Face Off
~~~Defiance
~~~Smallville
~~~Babylon 5
~~~Treehouse Masters
~~~The Walking Dead
~~~The Flash
I also do a lot (but not as often as making bracelets) of:
crocheting & knitting
writing, drawing,
dancing (been dancing for 13 years now)
and i'm also a senior in high-school!!!
2 Photos 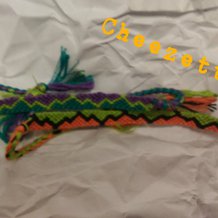 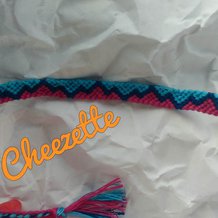 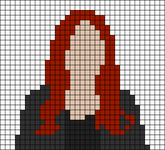 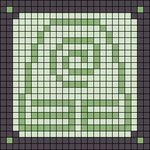 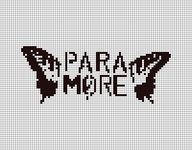