17
La_Loca
Professional
Gender: Female Country: Mexico Joined: 9 months ago
If a bad-a$$ biker and a gamer geek had a love child, that would be me.
Enjoy the grandeur that is me.
No flash photography please…

OK.... since I'm starting to gain traction, I will introduce myself more in depth.

My Job: I am a computer programmer. I work remotely. I also am vice-president of my country's chapter of a major motorcycling association so I am a head organizer of long-distance rallies that I overview all over the country.

I am a Medical Marijuana advocate, and very active in my country's proceedings towards legalization. It's now Federally legal, but the states need to catch up! This is an amazing plant that I grow organically and I make my own product high in CBD that has been able to help people replace their pills for my own natural product. I'm quite proud of it.

I live in a home that on the second floor has a huge covered outside environment where I spend 95% of my time in, with a fire in the middle of the room. It's AWESOME!

I am an atheist. I do not mind others of their beliefs, to each their own. If it brings you comfort, more power to you! But if you use that as an excuse to exclude other members of society, then I will have a problem! Everyone should have the freedom to be who they are, as long as they don't suppress others. I fight the "everyone is equal, but some are more equal than others" mentality. (if you can tell me where that quote came from, I will forever be your friend) 😂

But enough about politics, screw politics! lets get on to fun stuff instead!

I just started doing bracelets/knotting from the beginning of May 2022... so, yeah. I'm a nOOb.

I am a seasoned gamer, even became affiliate on twitch, but I dropped that years ago now.

I am a crafty one, with a long history of knitting, crocheting, very elaborate cross-stitch, painting and art in many mediums.

I am a long-distance motorcyclist.... I have done sponsored rides where I have set national records. 🔥

I usually have my bio as "gamer geek/biker chick incognito" 😎 😎 😎 😎

"I'm old enough to know better, but young enough to do it again!"

I am also into archery. I practice almost every day, having a target set up in my back courtyard. Compound Bow.

I'm also an amateur astronomer, you can find me often outside at night with my telescope.

I love watching lectures in the fields of Cosmology, astrophysics, Quantum Mechanics/physics.... I love the very very big AND the very very small!!! 😄 it's my other hobby.
I am a very happy person, that loves life and all that is in it. It's pretty hard to get me upset 😤

I don't do DRAMA! Over the years I have learned to NOT ENGAGE in DRAMA. it's not healthy and there's nothing good that can come out of that.

I walked away from Facebook more than 5 years ago. I don't tweet, I don't have a IG account, I don't do Tiktok, I'm not into any of those social medias.
Social medias I DO do... Reddit. Discord. Twitch. Steam, BraceletBook. .... yeah... that's about it.

ANYWAYS... just got into this new hobby field and I'm just LOVING IT! Just did my first alpha and now starting to make patterns also.

I have two dogs, my beautiful and prissy Husky (Sierra) and a rescue street dog (Baby Pinche) that looks like a dingo and is the sweetest cuddler imaginable. 😍 😍 😍 ❤️ 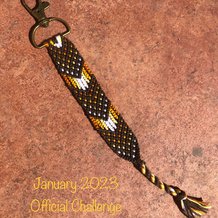 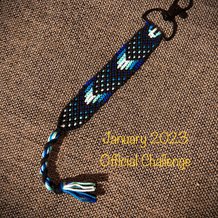 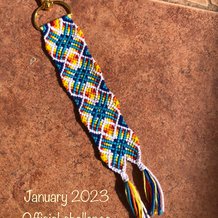 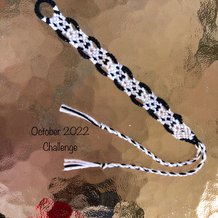 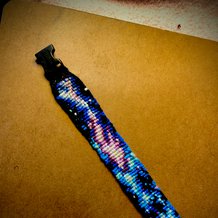 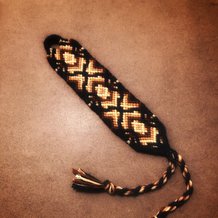 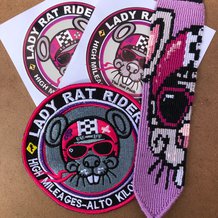 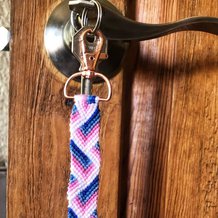 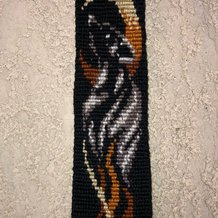 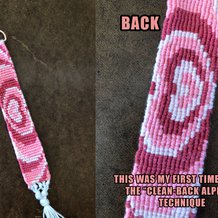