How to knot an advanced shaped normal pattern 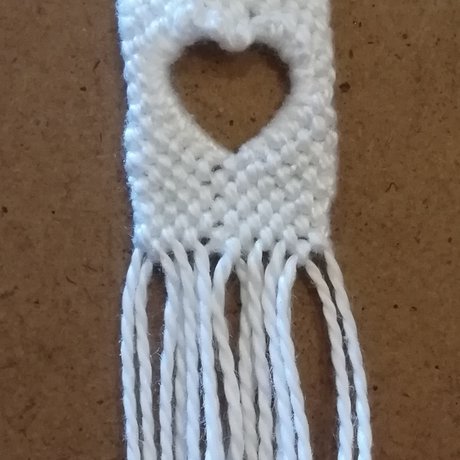 Hello and welcome to my tutorial. In this tutorial I will explain how to knot shaped normal patterns that would not be possible to be knotted using the regular shaped normal technique.

I saw a picture by @goldflower on pattern #100674 and got curious how it's made so I asked. Then I kind of forgot about the pattern, but only shortly later I designed the shaped gingerbread man pattern #110933 that @Camo requested in the forum. Camo was also the one requesting a tutorial on it, so here it is!
Why is it advanced and how is it different?
In this tutorial I will use patterns #100674 by @Iggy_ , #110933 by me and #111152 by @Etzi as examples to explain the technique. These patterns would not be possible to be knotted using the regular shaped normal technique because of elements that overhang.

Before trying to follow this tutorial, I recommend being familiar with the regular shaped normal technique.
Here are some videos that explain it that I found very helpful.
This video is a bit longer but it shows the process of knotting a more complicated shaped normal pattern and can be useful when you want to take knotting shaped betters a step further. 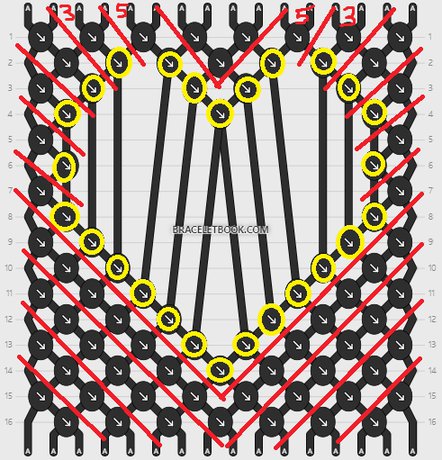 In the picture you can see my annotation of the pattern. I will use it to explain how the pattern is knotted.

As you can see instead of following the candystripe structure of the pattern, I decided to instead knot in a chevron structure because this way it is easier to avoid that the bracelet curves but you can knot it either way. When there are knots between strings of the same colour, you can make any knot you like. 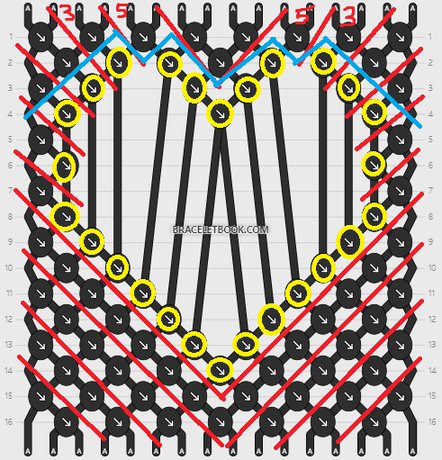 I wrote red numbers where the pattern is cut off at the top to show how many knots you need to make before stopping when following the chevron knotting structure. 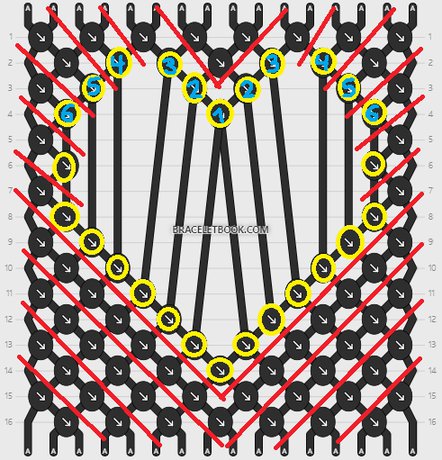 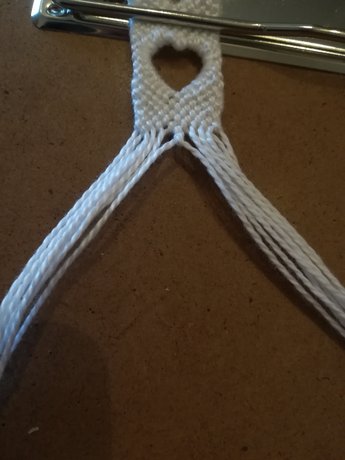 Make the knots on the left side. I recommend rotating the bracelet like seen in the photo to make knotting easier.

To make knot 3 take the third string and make a fb knot onto the two strings from the previous step.

To make knot 4 take the fourth string and make a fb knot onto the three strings from the previous steps.

To make knot 5 take the fifth string and make a fb knot onto the four strings from the previous steps.

To make knot 6 take the sixth string and make a fb knot onto the five strings from the previous steps. 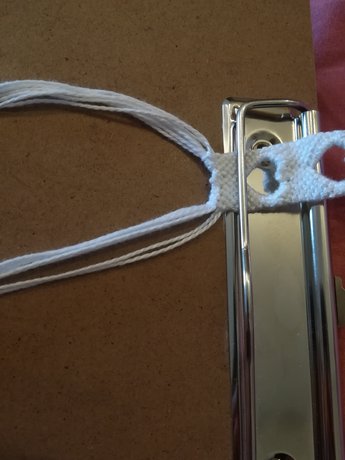 Then you make the knots on the right side. It's the same as on the left but mirrored. Instead of fb knots you need to do bf knots. I recommend rotating the bracelet like seen in the photo to make knotting easier. 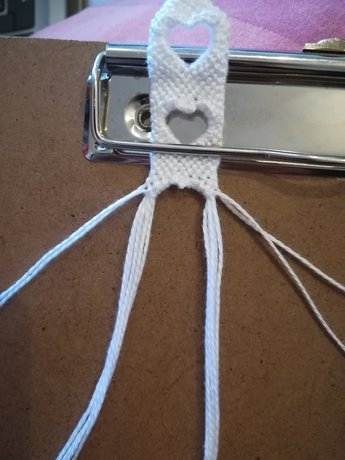 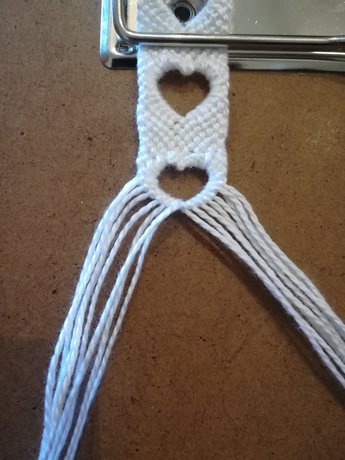 Then you make the knots at the bottom edge of the heart.

After you finished the lower edge of the heart, you knot several complete chevrons before going back to step 1 again. The pattern asks for 2 chevrons, but I did 3 to give some more space. 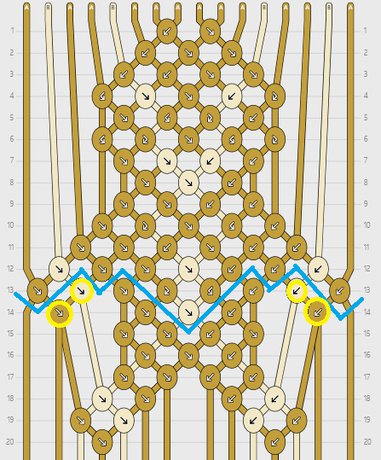 The next two patterns will only be described very briefly.

In this pattern there are four knots where you have to use the advanced shaped normal technique. The knots that are affected are again circled.

Step 1: Make the knots up towards the edge
Make all the knots above the blue line. You will need to use the regular shaped normal technique for the edges. I recommend using bf knots on the left edge and fb knots on the right edge, but you can also use f or b knots like indicated in the pattern.

For the legs I recommend knotting them as long as possible and not as indicated in the pattern. 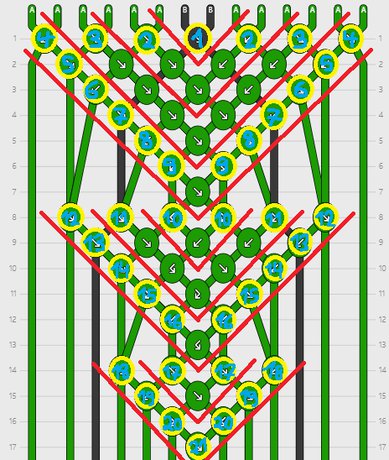 Here is my annotation of the first half of the pattern.

To start knotting the pattern I recommend making one or more square knots around all strings using the strings of colour B. This way you have all the strings in one place. If you don't knot how, check out the "Advanced Knots Tutorial".

I have circled all the edge knots and given them numbers. In these edge knots you hide the unused strings. (In knot 1 that does not seem to be possible; for knot 21 I recommend making a square knot to hide the strings in just one knot)

The order in which you knot this pattern is the following: you knot the yellow-circled knots number by number and in-between you knot the corresponding segments marked by red vs. 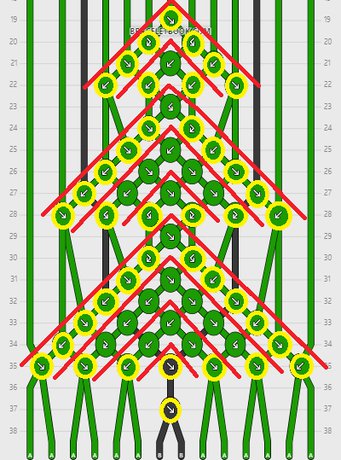